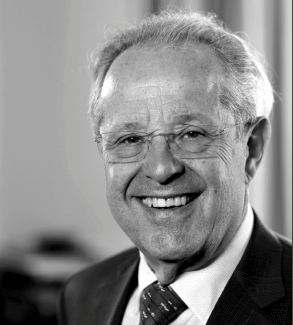 Michael Zuckerman, LL.B., M.B.A. is co-founder, Managing Director, and Chief Operating Officer of Redress Solutions. A litigation funding pioneer with more than 35 years’ experience in law and business, we caught up with him to share some career highlights and predictions for the industry.

As far back as the late ‘60s, Michael’s goal was always to read Law, leading to his being accepted by the London School of Economics and Political Science (LSE) and graduating in 1970 with his LL.B.

However, as with most people who achieve their ambitions, he soon discovered that this was merely the beginning. The evolving commercial climate led to many clients coming to him with questions which weren’t solely legal in nature.

To provide the right level of service, more training was needed, this time in business. An M.B.A. from the Open University Business School was the result.

The David-vs-Goliath ethos of Redress Solutions might be groundbreaking within the British legal community, but standing up to the rich and powerful is nothing new to Michael.

In 1982, he was the first English lawyer to obtain a freezing injunction over a Swiss bank account, institutions world-famous for their secrecy. In scenes reminiscent of a courtroom drama, he applied for injunctions in both London and Switzerland, on a Friday so that the account-holder (an embezzling cobbler) couldn’t be alerted to move his money until the following week.

The Swiss bank in question could conceal much from a British court, but not a Swiss one as well. The case was settled within days, for a substantial amount.

Then there was the time Michael acted to enforce a judgment against a Saudi princess, who had purchased a £100,000 necklace on credit and promptly forgotten to pay.

In response to a court summons to resolve the issue, she sought help from the Saudi embassy, no doubt hoping to be spirited out of the country. Unfortunately for her, she’d left her diplomatic passport with the jeweller as collateral. Issuing her a new one would, of course, constitute the embassy helping her evade justice before an English court.

Michael kindly relieved the two nations of any diplomatic tension by going into the embassy and emerging shortly afterwards with the payment in full.

“As soon as I became involved in the industry, it became clear that using funding was a no-brainer. I would say that there is something perverse about paying lawyers out of your own pocket if you can get Redress to do it for you.”

From Michael’s perspective, the Redress story really began with some advice from long-term friend and current Chief Financial Officer, Stephen Wiseman. Having seen litigation funding get a passing mention in the pages of Accountancy Age, Stephen thought it made sense as an investment opportunity.

As an experienced litigator, Michael was asked to deal with operations, and the duo enjoyed great early success. In 2012, their paths crossed with Marius Nasta, then engaged in a lengthy dispute with a high-profile insurer on behalf of a former colleague of his.

The case made financial as well as ethical sense, so Michael and Stephen were keen to invest. One fast and successful resolution later, and the decision was made to work together on a permanent basis.

From there, there was no looking back. Indeed, having a hand in crafting the industry has given Michael a vested interest in seeing how it matures.

What does the future hold?

Within a decade, he predicts litigation funding to become as mainstream as hire purchase and leasing schemes for cars, but this comes with its own challenges.

“The market is currently confined to sophisticated users. As the market expands, it is likely to suck in funders who do not belong to the Association of Litigation Funders, who target unsophisticated consumers or who run out of money in the middle of a case, who may cause reputational damage to the industry.”

Michael takes his role in avoiding this slippery slope very seriously. Maintaining a strong self-regulatory voice within the industry with bodies like the ALF is key, as is a professional focus on the dynamic between client and funder.

By focusing on the right meritorious cases, backed by proper due diligence, the team at Redress hope to have a hand in crafting a bright future for the industry.

To hear the latest news as it develops, be sure to sign up for our newsletter.